Explore the mysterious ruins of Turkey with me -who knows what these walls have seen.

The streets are filled with memories of the Ancient Past….. 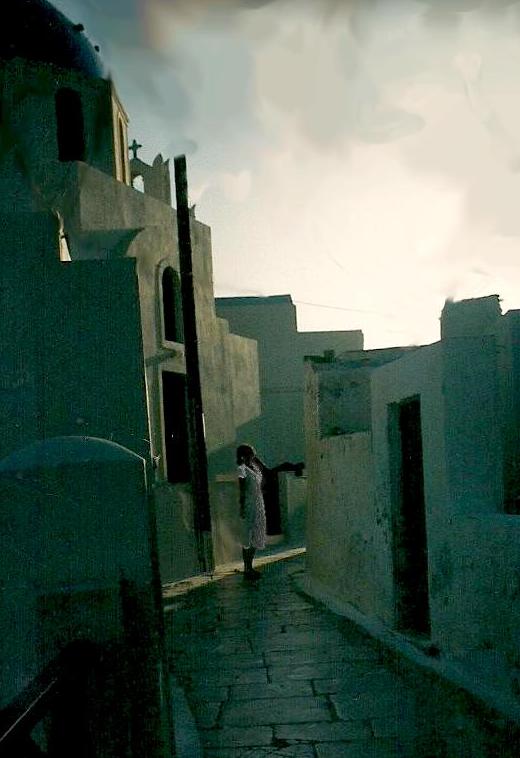 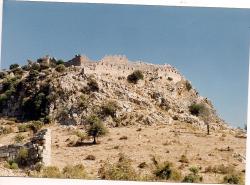 Ruins of an ancient fortress in Turkey

More ruins outside the city of Bodrum, Turkey

Private Yachts for hire out of Marmaris, Turkey

Port at Marmaris, Turkey – on the dock staging area 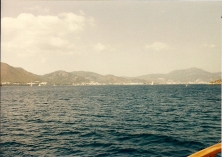 The great Library of Ephesus – a center of knowledge, and power

Remnants of statues that once decorated the streets of Ephesus, Turkey

The ruins of temples and monuments are everywhere

The Christians of St. Paul’s time heard him preach in the Amphitheater – he was imprisioned on a hill not far from it.

This photo shows a secret symbol used to acknowledge another Christian without undue attention…..

…..a pie-shaped circle with eight wedges –  the five Greek letters above could be traced within the circle to silently identify each other.

And, of course, there were advertisements, carved in stone on the pavement, for the oldest profession in the world.

Simple — a Foot, a basic Female Sketch and a Heart.

“Walk this direction if you seek women and you will find the love you are looking for.” 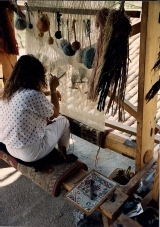 Young girls work in open air ‘factories’ weaving carpets of various quality.  A Kilim is for everyday use and not as expensive.

Carpets, or Kilims, are used outside to adorn living spaces, since the weather is almost always sunny and dry. 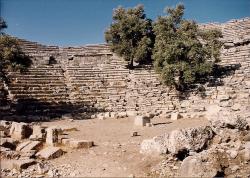 The Amphitheatre in Ephesus where St. Paul of the Bible spoke to the Ephesians and wrote letters to them 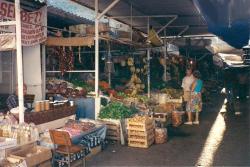 …..and let’s not miss the theraputic Mud Baths!

Traveling by small boat up the river where the movie “African Queen”, with Humphrey Bogart & Katherine Hepburn was filmed 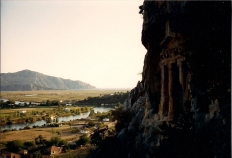 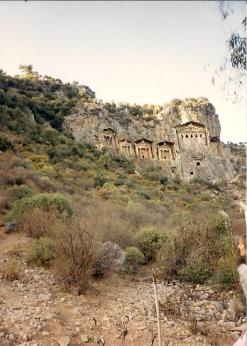 Raiders of the Lost Ark?   Climbing these heights to tombs carved into the sides of the hill is an adventure 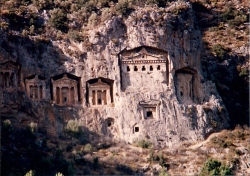 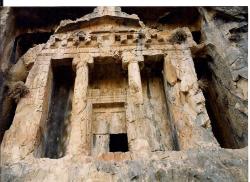 Whew – what a climb……..view from inside is breathtaking

…..and so, have we disturbed ancient Turkish ghosts – and will the spirits haunt us?